Enjoy genuine Viking experiences in Fjordlandet that film and television just can’t beat. Explore centres of power from the Viking Age in Fjordlandet, which is chock-full of authentic Viking history. But where’s the best place to start? What adventures await the kids? Let us show you the way through Viking country.

We asked historian Sanne-Marie Ekstrøm Jakobsen from Land of Legends Lejre to guide us on a journey through Viking country. We begin at the dawn of the Viking Age … and you’ll even have the opportunity to taste Viking dishes while having plenty of other fun along the way. If you get an early start, it’s possible to explore the hamlet of Gl. Lejre, sightsee in the city of Roskilde and visit the town of Frederikssund in one day, but we recommend a more leisurely pace over 2-3 days to get the most out of your Viking adventure.

Lejre Museum’s Mythical Kings of Lejre exhibition is the perfect place to start tracing the history of the Vikings from their earliest development, through the transition to the Iron Age and into the Viking Age, i.e. from the late seventh to the early eighth century. The exhibition presents the history of Denmark’s first royal dynasty, the Scyldingas, who lend their name to the area’s Skjoldungernes Land National Park. Near the museum, explore archaeological sites that underpin the history of Gl. Lejre as one of the most important centres of power in the Viking Age.

“For a long time people believed that the old stories were just myths, but excavations from the 1980s and 1990s revealed traces of large Viking halls in the soils of Gl. Lejre. They are the largest royal halls discovered in Scandinavia,” explains Jakobsen, who, in addition to having a master’s in history and prehistoric archaeology, is a bit of a Viking expert and the author of the book, Exploring the Viking Age (Turen går til vikingetiden).

Traditional museums can leave kids feeling impatient so end your visit by letting them loose outdoors, to discover ancient stone ships. Serving as gravesites or monuments in the Viking Age, stone ships are made up of large pointy oval stones placed in the shape of a ship. The stone ship in Gl. Lejre is Denmark’s largest, and an exact replica is located in the Land of Legends Lejre, an important stop along your Viking journey.

What did the Vikings look like? How big were their swords? And how did they do battle? Find out first-hand at Land of Legends Lejre, located just a few kilometres from the museum and a playground for learning about different historical periods the fun way, with living history workshops and activities for children and adults alike. Keep in mind that what you experience is based on authentic archaeological research about what life was like in the past.

“Out here you’ll see people running around in garb from the Viking Age. You can sample Viking food, find out about their crafts and tools and give it a go at fighting like a Viking. Here you get to explore the Viking Age up close in a tangible, down-to-earth way that makes it easier for children to understand,” explains the Land of Legends Viking expert.

Vikings at Land of Legends Lejre

Five legendary Viking ships were found at the bottom of Roskilde Fjord. An unmatchable historical discovery. The ancient ships are on display at the Viking Ship Museum in Roskilde, where visitors can watch as archaeologists construct replicas using Viking shipbuilding techniques. Sailing excursions on replicas of Viking ships are available in summer and kids can enjoy building their own wooden ship models.

“The five Viking ships are the only ones in Denmark and represent a unique, nearly impossible, find. The ships were deliberately sunk to the bottom of Roskilde Fjord to provide a barricade to prevent the enemy from entering the fjord. They didn’t disintegrate because they were submerged and the water preserved them,” clarifies Jakobsen.

The Vikings were always a seafaring people, but these ships date from around the eleventh century, the end of the Viking Age.

“Viking ships were an essential aspect of the Viking Age and one of the most important factors in defining who the Vikings were. Ships made it possible for them to explore the world and are the reason why the Viking Age is also well known outside of Scandinavia,” says the expert.

The restaurant at the Viking Ship Museum, Café Knarr, serves new Nordic Viking food, in other words dishes made from raw ingredients that were familiar to the Vikings. Foods such as tomatoes and cucumbers are not on the menu because they were unknown back then. The café is located on Museum Island and has a view of the boatyard, where many beautiful wooden ships are docked on land during winter.

7. Festive finale in the town of Frederikssund

Frederikssund’s festive Viking Plays made the town famous in Denmark quite some time ago. Enjoy a lively performance with horses and lots of activity as a great way to end your trip. Arrive early and explore the pit houses on a free visit to the open-air historical Viking settlement affiliated with the Viking Games in Kalvøen, just outside the centre of town. 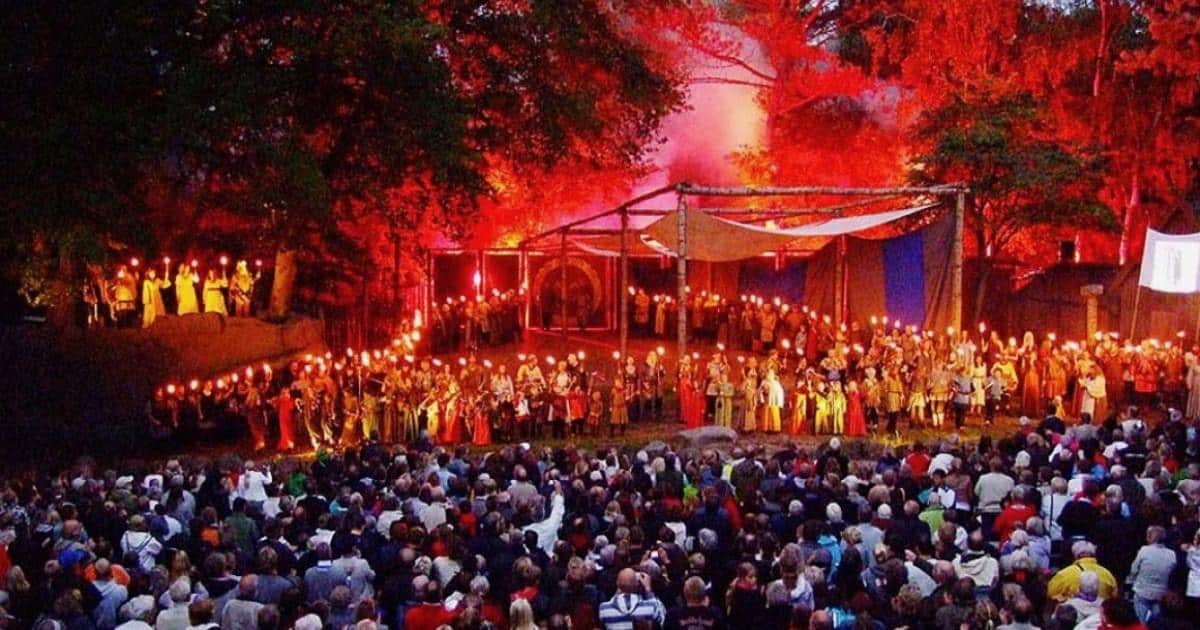 Fjordlandet is chock-full of Viking history 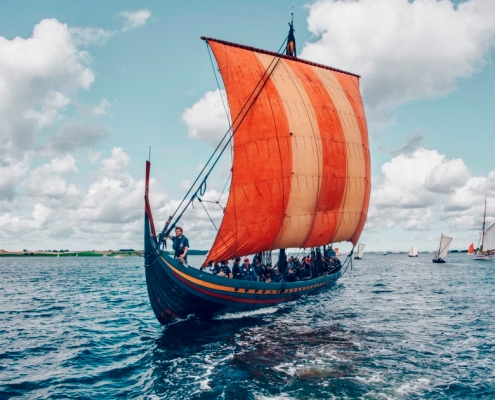 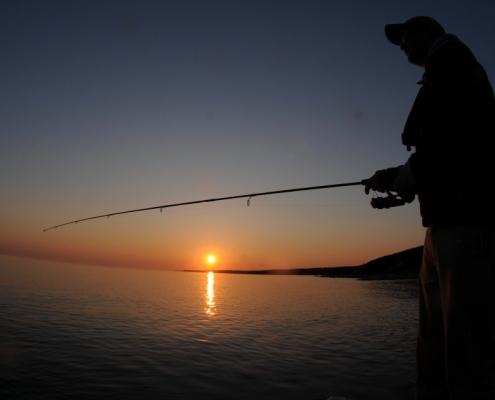 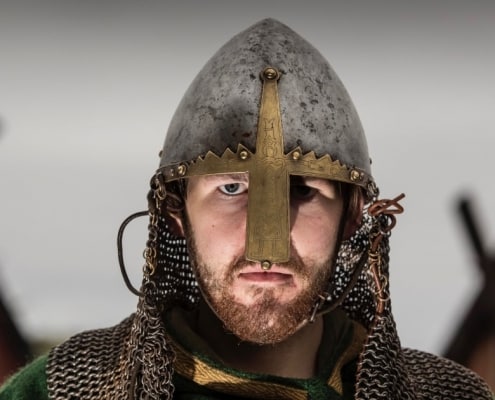 Fjordlandet, or Fjord Country, covers the scenic areas around Roskilde Fjord, Isefjord, Holbæk Fjord and Lammefjorden. The towns and landscape of Fjordlandet are filled with vibrant stories, while its harbours are abuzz with activity. On a summer day you’ll encounter beach guests, sailors, fishermen, nature lovers, birdwatchers, history buffs and Viking enthusiasts.

Please don’t hesitate to contact us if you have any questions, comments or ideas for VisitFjordlandet!

Send us an e-mail at: